Close
Home » News » CBD vs. THC: What Are the Differences? Which Is Better for You?

CBD vs. THC: What Are the Differences? Which Is Better for You?

The Main Difference Between CBD and THC

CBD (cannabidiol) and THC (tetrahydrocannabinol) are both compounds that come from the ancient medicinal plant Cannabis sativa and can be found in cannabis oil. THC is the compound in cannabis that produces intoxicating effects, while CBD is the major non-intoxicating component in the plant species.

The chemical composition of CBD and THC are exactly the same, with both containing 21 carbon atoms, 30 hydrogen atoms and 2 oxygen atoms. The major difference between the structure of these compounds is the arrangement of a single atom. Considering that an atom is a very, very tiny particle, this small difference in chemical structure makes a huge impact when it comes to the effects of these compounds.

Here’s the major difference between THC and CBD: THC has what can be called “unwanted” psychoactive effects that give you that high, euphoric feeling, while CBD has non-intoxicating effects. So while THC contributes the most to this affect among all cannabinoids, research shows that CBD has anti-anxiety properties and a protective affect against some negative psychological reactions caused by THC.

It’s important to note that CBD is often referred to as “non-psychoactive,” but it turns out that this is a misrepresentation of the cannabinoid. CBD is actually very psychoactive. What does this mean? By definition, a psychoactive compound affects the mind and behavior. This means that it has the ability to change brain function and can alter your mood, consciousness, perception, cognition and behavior. Medications that are prescribed to treat depression, neuropsychiatric disorders and anxiety are all considered psychoactive.

Because CBD works on the central nervous system, both directly and indirectly, it can be used to treat or improve a myriad of psychiatric and neurological conditions, including anxiety, autism and epilepsy. So yes, CBD is psychoactive, which is what makes it so beneficial for such a range of conditions. In fact, all cannabinoids are psychoactive, in different ways and to different degrees.

Both CBD and THC are psychoactive, as they both affect the mind, but there is one major difference in the way they make you feel — unlike THC, CBD is non-intoxicating. Using THC may alter your senses and increase your hunger. It may even make you feel paranoid or out of control, depending on the way your body reacts to the cannabinoid. With CBD, you will not experience noticeable changes to your cognitive function, which is what makes it more appealing to so many people. 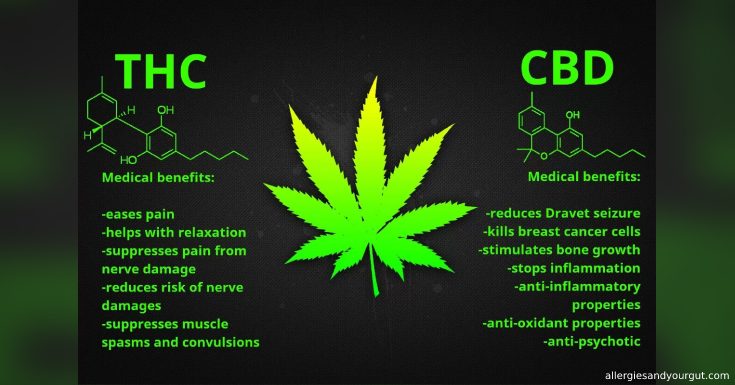 Cannabinoids and the Endocannabinoid System

When scientists started studying the beneficial effects of cannabis, specifically those of THC, they discovered a biochemical communication system in the body — now called the endocannabinoid system. We are just beginning to understand this body system and already it’s believed to be one of the most important physiological systems involved in maintaining our health. It plays a role in maintaining homeostasis, ensuring that the body has a stable and well-functioning internal environment.

We know that THC works as a chemical messenger, but the role of CBD is a little less clear. CBD works on the central nervous system, and it modulates several non-cannabinoid receptors, including serotonin and TRPV1, which can influence pain perception. It also may activate receptors associated with cancer, cardiovascular disease and Alzheimer’s disease. In addition to this, CBD is believed to reduce CB1’s ability to bind with THC, thereby weakening its intoxicating effects.

So what happens when the endocannabinoid system becomes underactive or overactive? The body will begin to malfunction and can no longer remain in a homeostatic state. This is being referred to as “endocannabinoid system dysfunction,” and it may lead to health problems like chronic pain, fatigue, inflammation, arthritis, autoimmune disease and mood disorders.

Just like any other body system, endocannabinoid system dysfunction can be the result of dietary choices, lifestyle factors and other issues. This is how using CBD and other compounds found in cannabis can be extremely therapeutic. 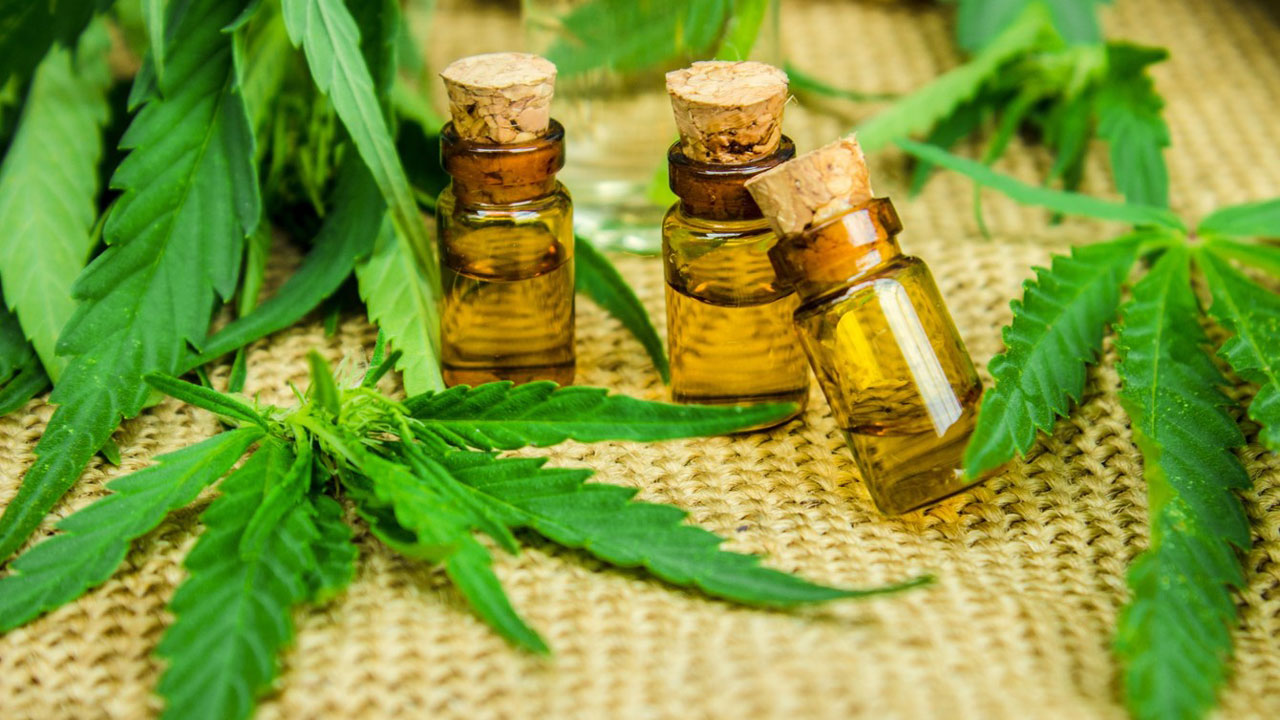 CBD vs. THC: How the Health Benefits Compare

CBD and THC provide many of the same health benefits. Both work to reduce inflammation, fight pain, relieve nausea and may fight cancer. However, many people choose to use CBD and avoid THC because they prefer not to feel any intoxicating effects. This THC drawback explains why CBD is gaining popularity among consumers who are looking to take advantage of the medicinal properties of cannabis, without feeling high for it.

Here’s an easy breakdown of the health benefits associated with each compound:

Research shows that CBD has a better safety profile than other cannabinoids, including THC. Higher doses seem to be well tolerated in humans and animals. However, both THC and CBD may alter your blood pressure, heart rate and psychological function. THC may impair your psychomotor function, and CBD can affect your body temperature.

THC-free CBD products are often deemed safer and just as effective as those containing CBD with trace amounts of THC. But as more research is conducted, we are finding out that the two compounds actually have what’s called “synergistic effects,” which means that when they are used in combination, it increases their therapeutic potential.

The beneficial properties of THC is often down-played because of the compound’s controversial intoxicating effects. This, combined with the misrepresentation of CBD as a non-psychoactive cannabinoid, tends to make people believe that THC is somehow dangerous. This notion has been troublesome for the advancement of whole plant cannabis use in medicine and it promotes the “othering” of THC.

There is actually a great pool of evidence from preclinical and clinical studies that cannabinoids, especially when used in combination, have therapeutic potential in many medical fields. And when trace amounts of THC are used in CBD products, the benefits are likely greater.

A 2019 study published in Frontiers in Plant Science, for example, states that “the cause for cannabis synergy via the “entourage effect” is currently sufficiently strong as to suggest that one molecule is unlikely to match the therapeutic and even industrial potential of cannabis itself as a phytochemical factory.”

These findings indicate that CBD isolates with no THC may not be as effective as full-spectrum products that contain high amounts of CBD and trace amounts of THC. These very small amounts of THC will not leave you feeling “high” or intoxicated, but will work with CBD and other cannabinoid compounds in the product to have greater beneficial effects. 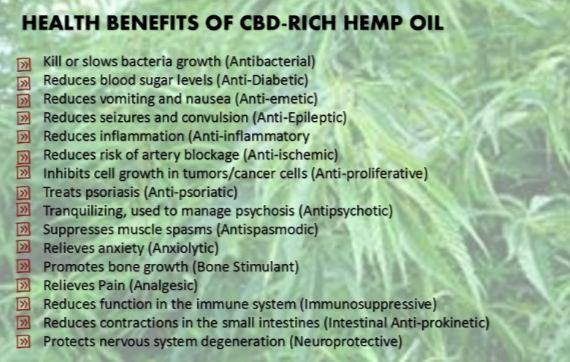 The 2018 Farm Bill that was passed in the U.S. Senate and signed by President Donald Trump states that hemp, a plant that’s part of the cannabis species but has different properties than “marijuana,” can be grown and made into products legally. Because of this new law, hemp is now under the management of the Department of Agriculture as a crop, and it’s no longer categorized as an illegal substance under the Justice Department.

So why is hemp legal, but not marijuana? (We will be using the term cannabis, instead, because of the complicated, controversial history of the term marijuana.) It’s all about the amount of THC that’s present in the plant and plant-based product. Because industrial hemp, which is used to make CBD oil and hemp oil, contains less than 0.3 percent THC, it’s considered legal, federally. There are some restrictions, however, so hemp farmers and manufacturers have to follow a strict set of guidelines. Plus, states have different regulatory programs that residents need to be made aware of in order produce, sell and use hemp products legally.

Products derived from cannabis, on the other hand, are still considered schedule 1 drugs federally. That’s because they contain higher amounts of THC, which has euphorigenic and intoxicating effects. Some states have passed laws for adult cannabis use, either recreationally or medicinally, but again, each state has a different set of laws.

Bottom line: If you’re still asking “is CBD oil legal?” The answer is yes, federal laws state that hemp-derived CBD with less than 0.3 percent THC can be used legally.